In 2008 the Chalmers family purchased an 80 hectare property on the Mt Camel range near Colbinabbin in the northern part of the GI region of Heathcote in Victoria.

The property had previously been used for cereal cropping so Chalmers developed the high-density vineyard from scratch with careful rootstock selection to control vigour and east-west row orientation for even exposure and free flowing air-drainage to reduce disease risk.

The Heathcote Vineyard is an east facing sloped site comprised of the famous red Cambrian soils of the area. The lower vineyard is deep, red clay-loam while the higher vineyard is complex rocky terrain of ironstone, dolerite, green basalt and jasper.

The first vines were planted in September 2009 with the inaugural Chalmers Heathcote wines produced from the 2011 vintage, coinciding with the launch of the Montevecchio range.

The site holds 24 different varieties already and many vinification experiments are being conducted on the individual characteristics of the soils of different blocks within the site.

Parcels of fruit from this vineyard are also sold to other adventurous winemakers each vintage and Chalmers value their role as respected growers for the more than 40 different winemakers, from garage to well established, utilising their grapes. 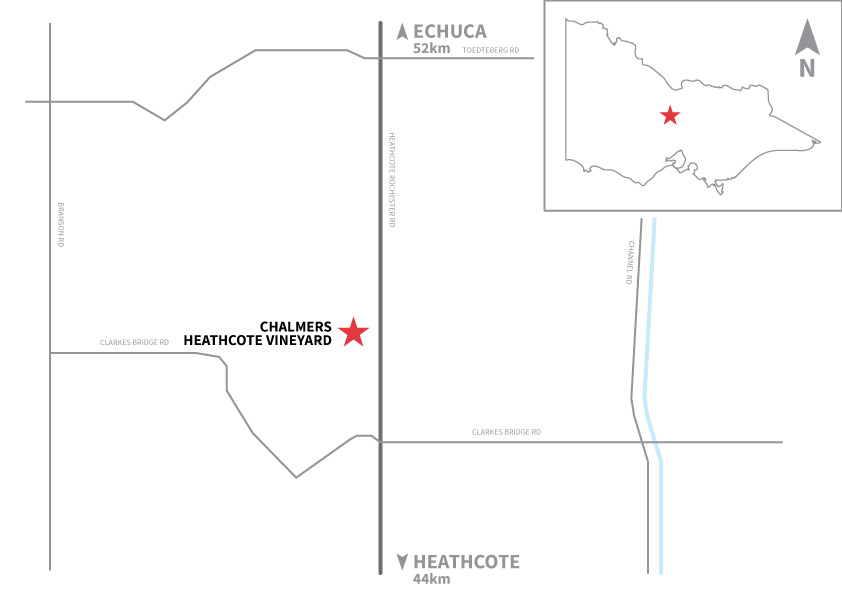