2010 saw the establishment of the new Murray Darling site for Chalmers on an old settlement block in Merbein just outside Mildura.

The 35 hectare property includes some commercial plantings of varieties such as vermentino, nero d’Avola, sagrantino and lambrusco maestri but also houses the nursery and source blocks for the vine varieties Chalmers import and distribute around the country.

In 2015 a further 11 varieties and clones from Italy were added to the collection in Merbein. The latest import has focused on white varieties and will be producing plant material which should be made available to the wider industry from 2018 onwards.

These source blocks are used to collect cuttings for propagation, but the fruit from these vines is also used for small batch experimental winemaking. Vinification trials such as harvest date, heat and drought tolerance, rootstock research etc. are all part of the winemaking experiments which are eventually bottled and made available to trade and the public as exclusive limited releases. These wines are made and bottled on site at Merbein, crafted simply with minimal additions and released under the #bucketwine and Chalmers Project labels. 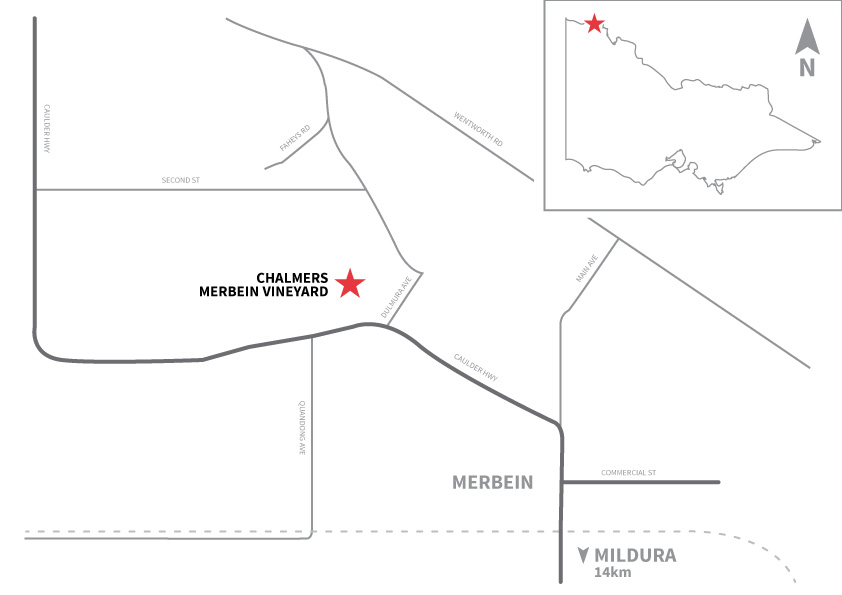