A method traditional sparkling which takes its name from the Roman Goddess of fertility, good luck and happiness. Made from 100% Fiano it spends more than two years on lees. Fiano is a star performer in the Heathcote vineyard with lovely natural acidity which means, even in the warm conditions of Colbinabbin it can make a sparkling wine with finesse and freshness without the need for acid or sugar adjustment in the winemaking. A true sign that the grape is a great match for the site. Remember, Felicitas = happiness. On any occasion. 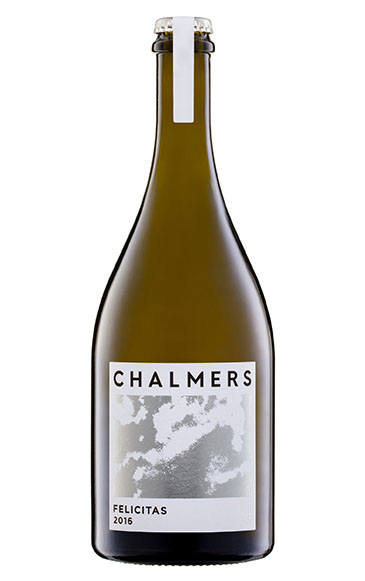 Chalmers came out with Australia’s first Vermentino wine in 2004 and it’s since become a trademark line in the range, their ‘go-to’ white. There are now more than 100 winemakers working with the grape across this country and it’s no wonder when it loves the sunshine and makes such delicious wines with ultimate drinkability. Chalmers Vermentino is a truly unique iteration of the Mediterranean grape, a crisp and refreshing drink with white florals, soft stonefruit and a lick of saltiness, perfect for the Australian al fresco lifestyle. 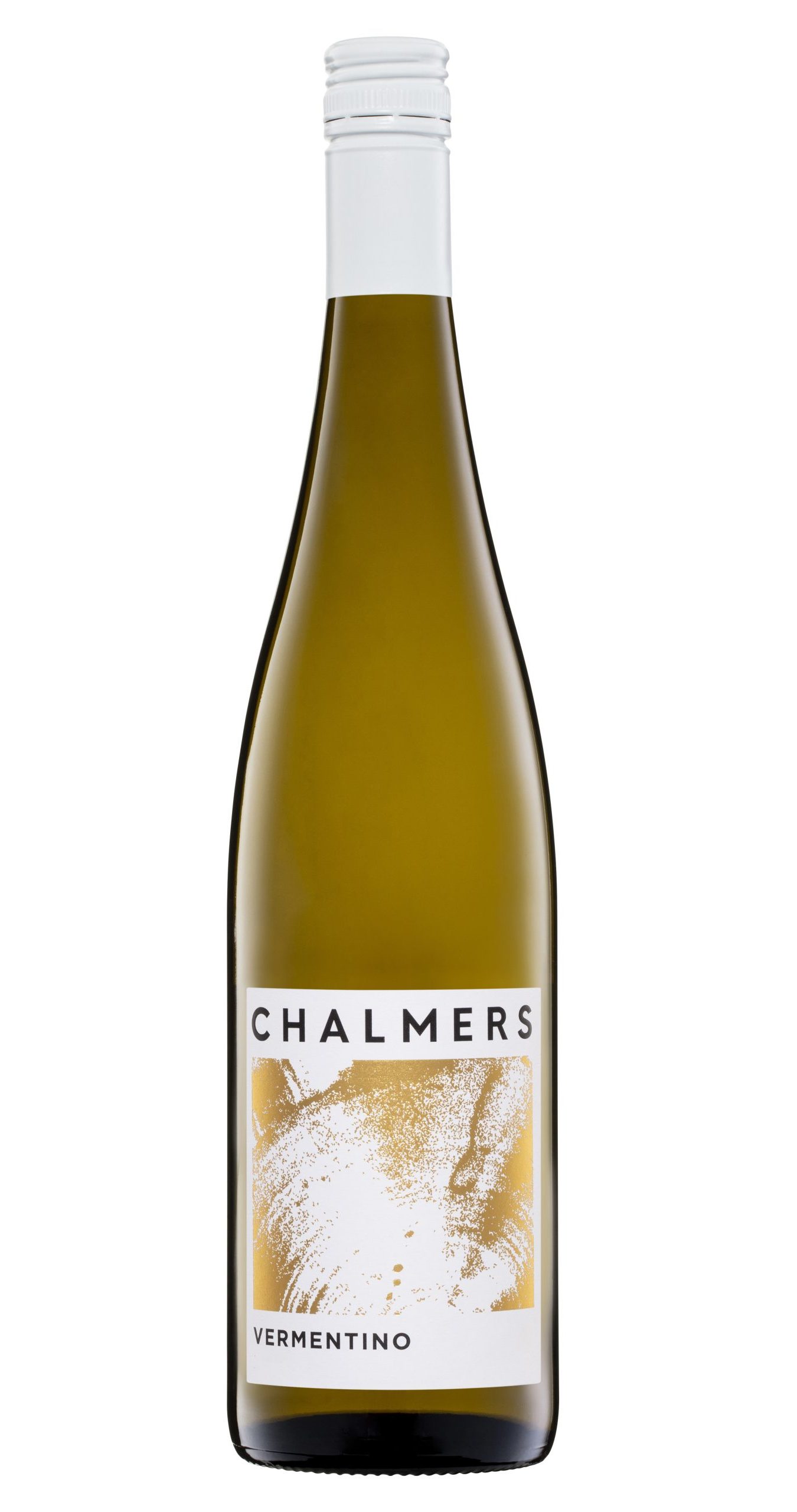 A compelling and intriguing variety which makes an equally interesting wine originally hailing from Campania in the south of Italy.

With bucket-loads of natural acid, these grapes stay vibrant and racy through the warm summer of northern Heathcote, meaning Greco can achieve fruit richness without compromising freshness. The wine is bold and intense with ripe apple and poached quince flavours with a chalky, crunchy backbone. Not for the faint at heart, rather an adventure for the palate, especially at the dinner table. 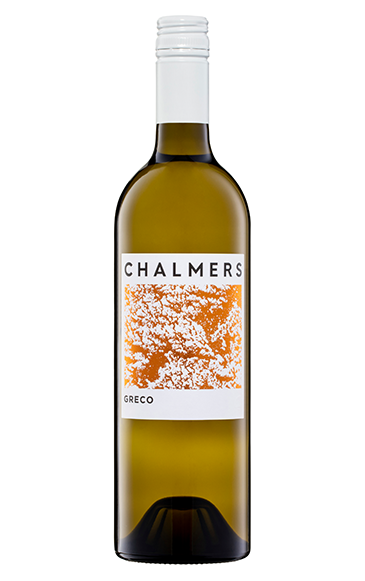 The top tier wine of the Chalmers whites. This grape has shone since day one in both Chalmers vineyards and has really made it’s home in Heathcote proving that the famous Cambrian soil is just a special for what it imparts to whites as it does to reds. Chalmers Fiano always has a portion of wood in the winemaking, recently in a chestnut botte, it is also bottle aged before release, both to emphasise the natural bees-waxy texture of the variety. It ages with aplomb so stick it in your cellar or serve it at your next dinner party to white burgundy lovers. They will love it. 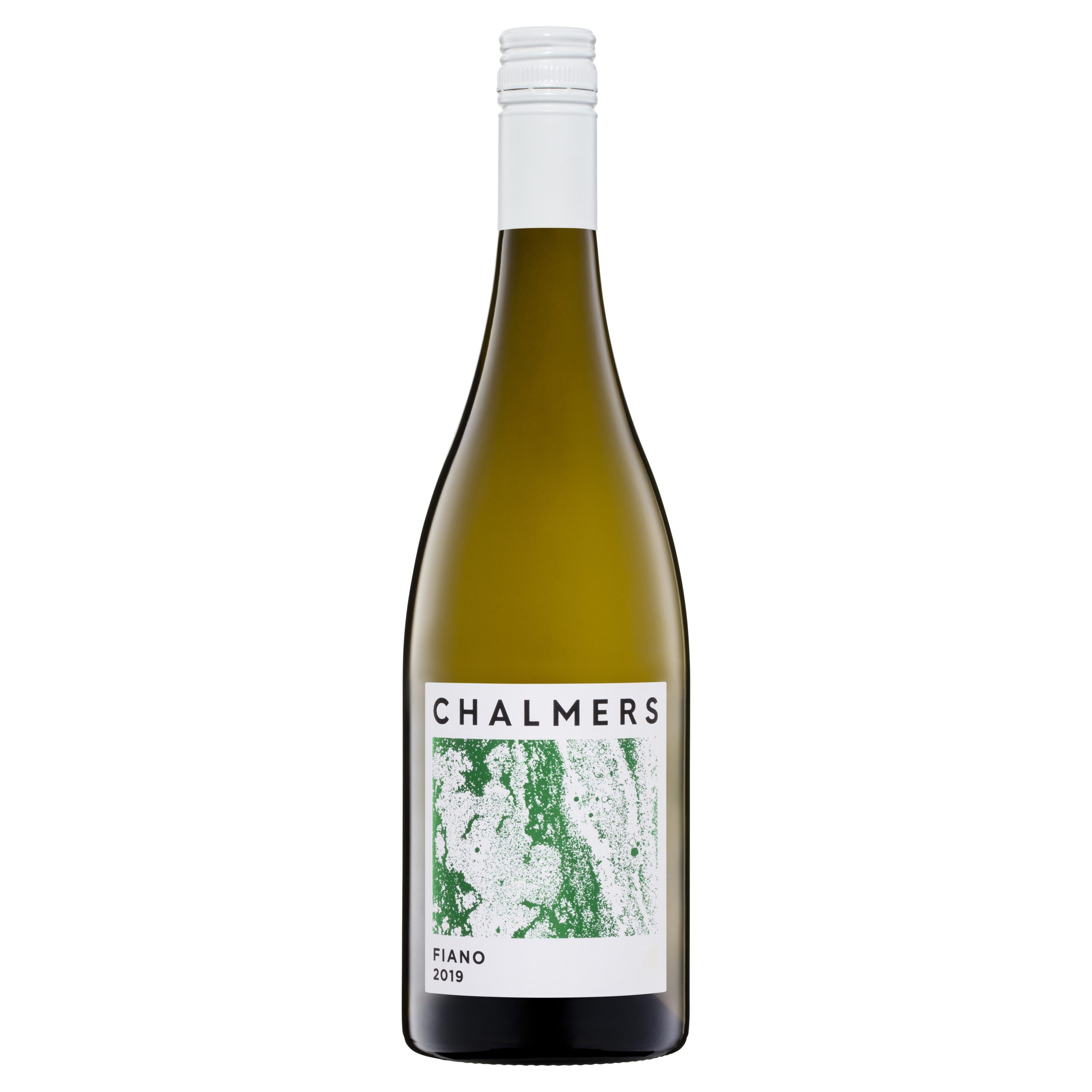 Who doesn’t love rosé? The Chalmers Rosato is made from mostly Aglianico with a splash of Nero d’Avola and Sagrantino. All three varieties are growing on the prized top block at the Heathcote vineyard which is a complex rocky site with green basalt, ironstone, dolerite and fractured limestone. The block gives a distinct elegance and prettiness to the red varieties grown there, even though these varieties are usually more muscular. The Aglianico portion is fermented in old barriques and the other two are co-fermented in stainless steel to retain freshness. The end result is a serious yet slurpable pale, dry and textural rose. 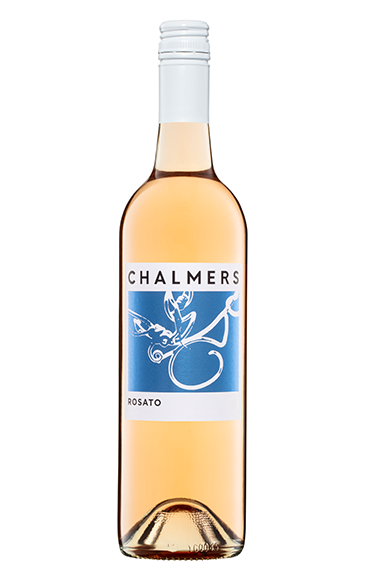 Imported by the Chalmers family in 2001, that one little vine which was brought in has evolved into more than 200,000 vines planted all over Australia and is doing great things. It’s really found a synergy with the red soils of Heathcote, particularly in the top block where the Chalmers Nero d’Avola is grown. The combination of the lightness and charry/graphite notes of that site with the cherry/raspberry, tar and hard herb characters of Nero are a great match.  Chalmers deliberately go for a crunchy style which gives an enchanting, vibrant and juicy red perfect for summer drinking. Chill it off slightly for utmost enjoyment. 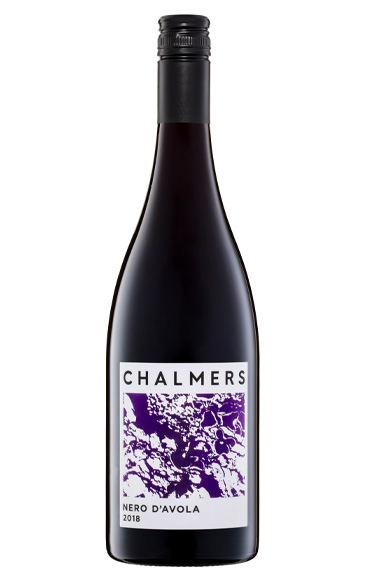 In the quest for grapes which produce excellent wines in warm Aussie conditions in the face of climate change, Aglianico has won the race. A late ripening grape, it cruises through summer to ripen slowly in the cooler autumn months giving a lower alcohol yet complex and refined red wine capable of long ageing.  Made in a chestnut botte and bottle aged before release, Chalmers Aglianico has earned its place at the top of the range showing all the hallmarks of a great red wine. Poise and structure, freshness and complexity, this wine has it all. Open a bottle with friends over dinner, in every glass you’ll find something new to love. 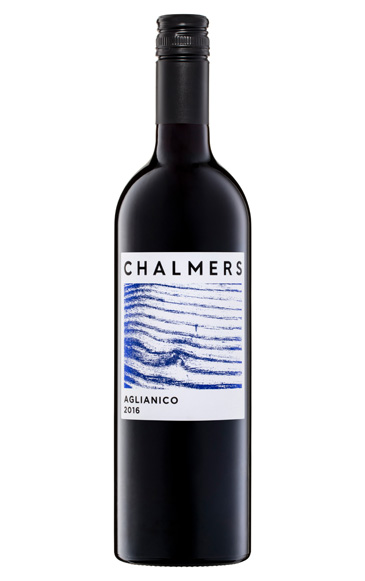 Decadent and charming at once, this little dessert wine is very special.  Made from 100% Lambrusco Maestri estate grown at the Merbein vineyard, the grapes are hand-picked then naturally sun-dried on traditional sultana racks before vinification. This concentrates the sugars and reduces the weight meaning that there are 1.5kg of grapes in every 375ml bottle of wine.  After a long slow fermentation and ageing in barrique the wine is ready for bottle. The result? Think prunes, Dutch cocoa, black cardamom. Pretty much the perfect cheese plate wine. 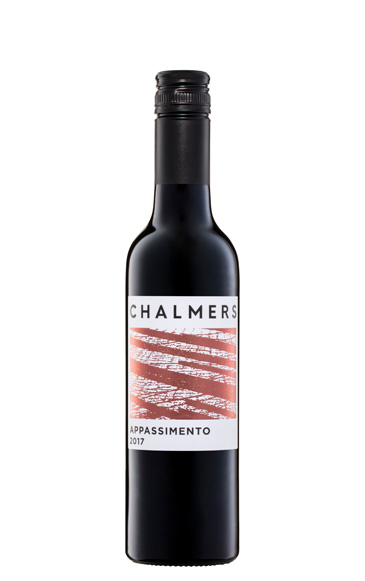 Lambrusco is a dirty word in the eyes of many a wine connoisseur because of it’s huge popularity as a cheap and cheerful quaff, especially in the 70s and 80s, but real dry Lambrusco is cooler than ever.  The first Chalmers Lambrusco was made in 2012.  We make it from Lambrusco Maestri – one of the 14 different lambrusco varieties used in Emilia-Romagna.  Real lambrusco is a dry, aperitif style with perfume and fruit as well as meatiness, tannic grip and mouthwatering acidity, try a glass with antipasti land with cured meat. Also pais perfectly on the Christmas table with roast pork or classic festive glazed ham. 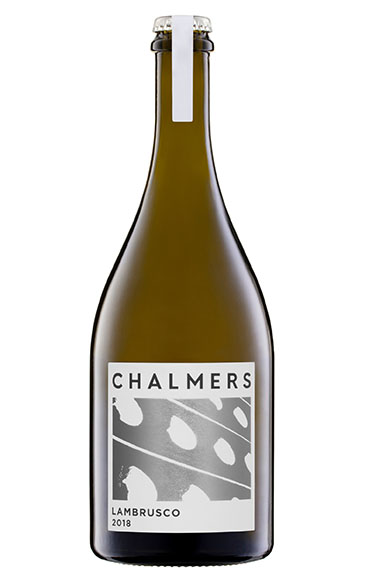 We’re never shy of proclaiming our love of Aglianico, and rose…. and sparkling wine for that matter, so here is our love child of these passions; Chalmers Col Fondo, a sparkling Aglianico Rosato complete with the lees in the bottle.

What is Col Fondo? Col Fondo is unfiltered sparkling wine and it’s cloudy with the lees left in the bottle. With its second fermentation occurring in the bottle, similar to Champagne, the result is something drier and more savoury, and typically a terroir-driven wine which can be a little funky and pleasantly drying with no dosage. No funk here though. In the bottle you’ll find freshly squeezed cloudy pink grapefruit in colour, attractive, red-fruited perfume, tart yet moreish with lots of zip and texture on the palate.  Fine fizz with a deliciousness that screams ‘pour me another glass’. 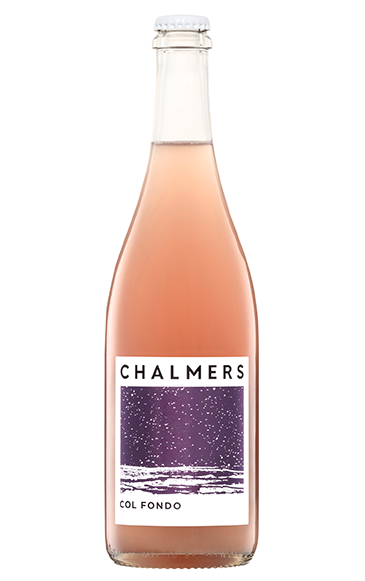 New to the Chalmers suite from the most recently imported varieties from Italy, Pecorino is here and is here to stay.  Originating from The Marche region in Central Italy, this variety typically is generous and savoury in style.

Chalmers Pecorino is powerful and distinctive with a luscious nose of nectar and white melon.  In the glass you’ll find aromatics, a mineral flintiness and a rounded, bees wax texture and some nice balanced generosity.  Get creative with food pairing, think spiced fish tagine, funky taleggio and kale pizza or keep it simple with classic roast chicken. 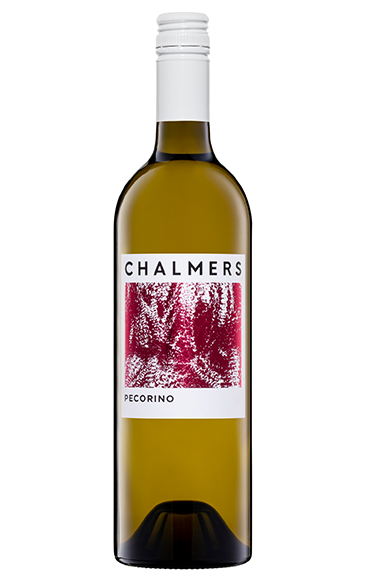 From the most recent importation of new clones and varieties to Australia via the Chalmers family. Falanghina refers to two distinct grape varieties in Italy, both grown in Campania primarily – Falanghina Flegrea, a highly aromatic and fruity grape grown closer to the coast, and Falanghina Beneventana, a more savoury and mineral version grown further into the mountains behind Naples. This wine is made from the Chalmers imported clone of Falanghina Beneventana. Chalmers Falanghina is the first commercially released Falanghina in Australia. At Chalmers we have a serious love for this promising variety for its complexity, drinkability and potential in the future of the Australian soils and wine industry.

This attractive wine is aromatic and racy, with notes of orchid and lime donating the nose.  White stones and a persistent, tangy palate result in a wine with balanced tension and fresh appeal, think similar to a Riesling.  Pair with aromatic, zesty dishes with an oily component such as Thai curry or Gyoza. 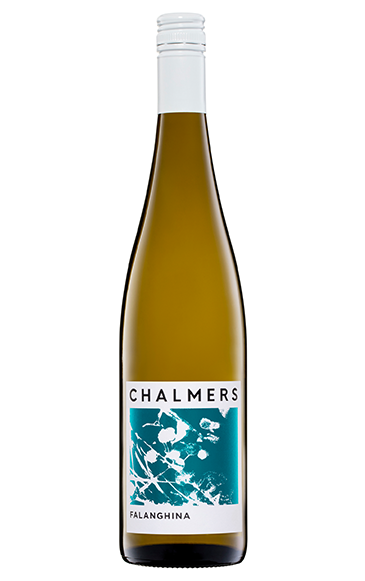 Along with the core Chalmers range of wines, we also produce the following brands. 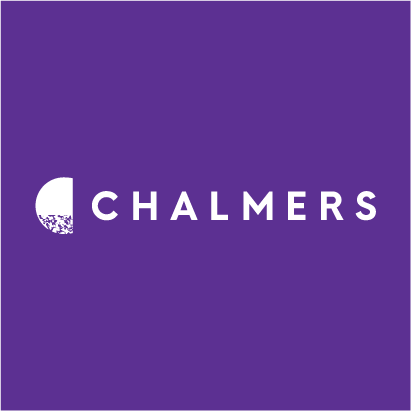 Chalmers wines are the result of years of experimentation and refinement, from the soil to the bottle, Australian wines which pay respect to their continental heritage. 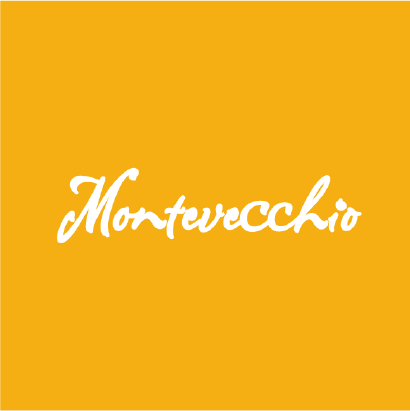 Where the Chalmers range is all about unique and detailed expression of variety, site and vintage, Montevecchio is just about good drinks. Based on style rather than variety, this concise range of everyday drinking wines have fun and flair at their heart. 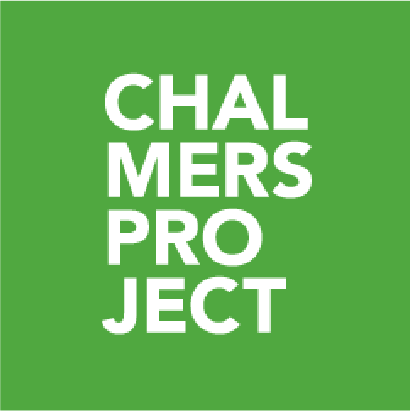 Where all the fun happens. Every year Chalmers makes experimental wines from the nursery source blocks in Merbein as well as the every growing Heathcote plantings. Not to be locked away in the lab – these wines are made public and can be found in a wine bar or indie bottle shop near you. You can’t miss the colourful labels. 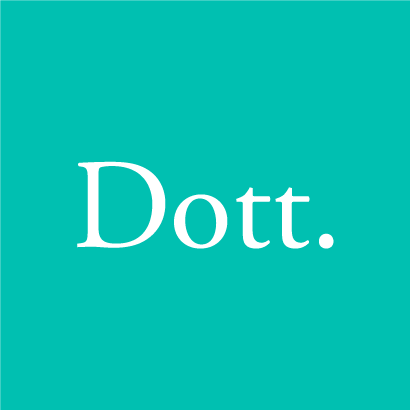 Dott. is handmade by Chalmers from estate grown fruit. Inspired by the late Dr. Rod Bonfiglioli a passionate, eccentric scientist whose dogged determination and visionary foresight brought so much colour, interest and integrity to Australian wine. He sought out these rare grapes for our collection, seeing their promise long before we did, and for that we are grateful. 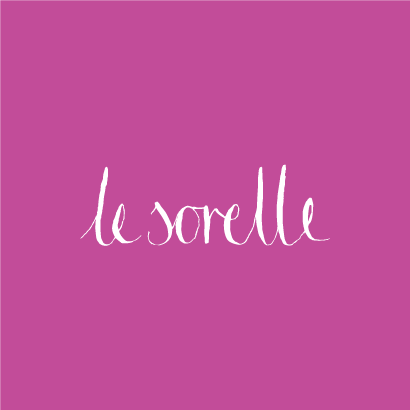 When your main business is as left field as the eclectic and diverse work with Italian varieties at Chalmers, what do you do for a side project? Sisters Kim and Tennille decided to make a Heathcote Shiraz, but in the style of red that they enjoy. 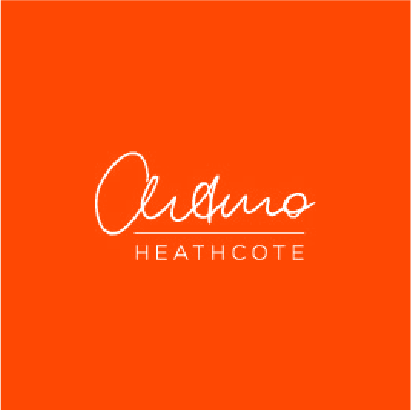 After Chalmers imported 6 clones of Malbec selected from Mendoza in Argentina 15 years ago Bruce Chalmers has been passionate about making great Malbec. Arturo is his baby.